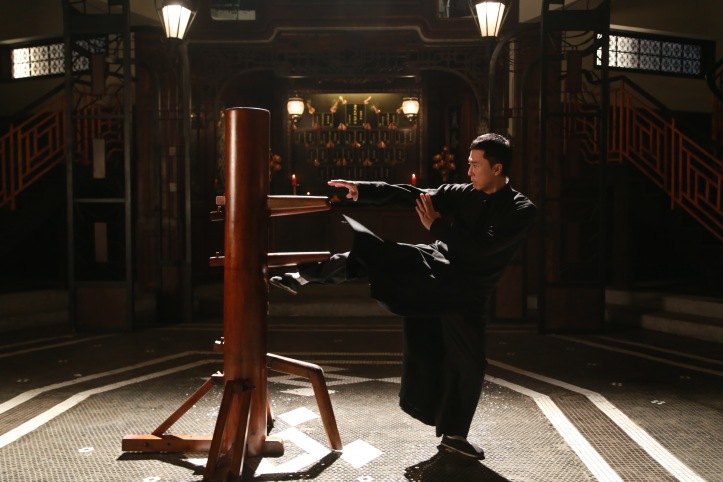 Donnie Yen has recently stated that he is basically retiring from film, that he’s said all he wants to say in regards to martial arts. After seeing Kung Fu Killer, I was inclined to agree. Now that I’ve seen Ip Man 3, it’s a certainty (of course before he retires we get Donnie Yen….IN SPACE! ). It’s customary for the third film of a series to be inferior to the two films that preceded it. There are only a few examples of films whose third film was the equal or better than its predecessors, and Ip Man 3 is one of those films, but I was surprised as to the reason why.

Donnie Yen returns as Ip Man, many years after the events of Ip Man 2, and Ip Man is once again prosperous in 1960’s Hong Kong. His Wing Chun school is thriving, he is well-respected in the community, basically placing him back in the position he was in before the events of the first Ip Man took it all away. Hong Kong also seems like its doing well, but it’s not. There are too few police to handle the growing numbers of people. and crime is running rampant. Fatso (Cheng) tries to keep order, but finds himself once again under the command of a corrupt British commander, who takes his orders from Frank (Tyson) a ruthless property owner who now targets the school Ip Man’s son attends as his next conquest. Ip Man finds himself defending the school from Frank’s goons, while navigating a rickshaw driver (Zhang) who may be as skilled in Wing Chun as Ip Man and looks to start his own school, and Ip Man’s wife Cheung Wing-Sing gets devastating news that will alter their lives forever. 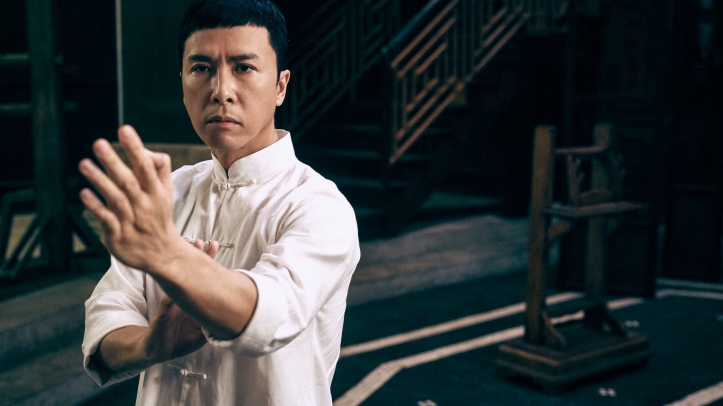 The film is a triumph by Wilson Yip, and the story feels like an organic continuation of the series. The film never forgets the events of the previous films, and does quite a few call backs. Ip Man vs. Ten Men? Sure. To the bad guys, the events of the first Ip Man are nothing more than legend. Surely Ip Man never fought and beat ten black belts? The film even begins how the second film ended: with an adult Bruce Lee looking to train under Ip Man. The film does a great job of resolving Bruce Lee without actually telling that side of the story. Donnie Yen once again does a great job as Ip Man, and his acting has improved, which is needed to as there are quite a few emotional scenes for him. Mike Tyson is adequate as the bad guy Frank, but thankfully you won’t see him very much. Better served is Max Zhang as the rickshaw driver Cheung Tin-chi. He’s a driven,  conflicted man, coming from nothing but has the will to achieve his goals no matter what, and the problem with that is he’s a good man who may have to do bad things in order to achieve his dreams, and Ip Man is the final obstacle standing in his way.

The surprise of the film was Lynn Hung as Cheung Wing-sing. Her story arc drives the final half of the film, and she is excellent. I never really warmed to her character through the first two films, as I never understood how she is always upset when Ip Man either fights or studies his arts, even though those very things have provided her with her lifestyle, and has represented China countless times. This time her story arc recognizes her contradictions, and brings her character full circle by the end of the film as she realizes that Ip Man doesn’t just study Wing Chun, Ip Man IS Wing Chun, as much as the sky is blue and water is wet. 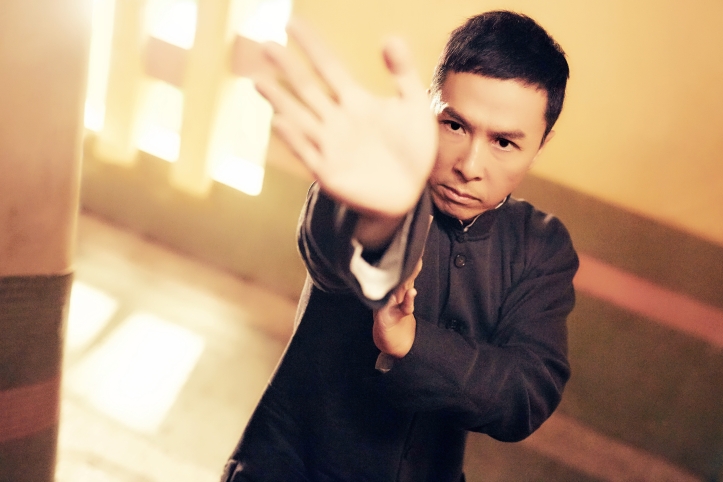 I had thought that Yuen Woo Ping was losing his skills as a fight choreographer, but nope. He’s at his best here, and the fight scenes are plentiful and all of them are excellent. From the Ip Man vs Ten men fight, with a new wrinkle put in, the massive battles with what appears to be Ip Man fighting half of China, to his duel with Mike Tyson, and the bring-down-the-house finale versus Max Zhang in a Wing Chun vs. Wing Chun fight for the ages. Every fight is imaginative, bone-crunching, fast-paced affairs that really outdo the previous films, and that’s not even mentioning the terrific Wing Chun vs Muay Thai elevator fight between Donnie Yen and Sarut Khanwilai. Really, the weakest fight was Donnie Yen vs Mike Tyson, in that is was short, and Ip Man already faced this kind of fight with Twister (the late great Darren Shahlavi).

The only thing missing from this film was the late Fung Hak-on as the best friend of Master Law (Lo Meng).

Donnie Yen and Wilson Yip bring the Ip Man trilogy to a satisfying conclusion, culminating in one of the best one on one fights in recent memory. Kung Fu cinema fans, it simply doesn’t get better than this!