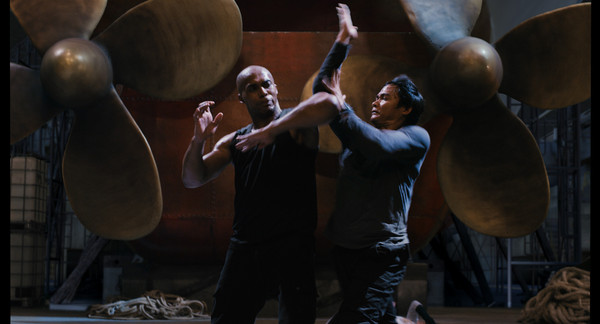 It’s been well documented through various sources concerning the meltdown Tony Jaa had that occurred during the making of Ong Bak 2 and 3, and his subsequent break from filmmaking. After a time Tony Jaa returned to filmmaking with the announcement of The Protector 2, and would be reunited with his Ong Bak crew and joined by Jeeja Yanin, in a film that once again finds a group of bad guys who haven’t learned not to mess with Jaa’s elephant. A can’t-miss film, right?

We once again join elephant owner Kham (Jaa) who lives in a small village and takes care of Khorn, now an adult elephant. One day Kham gets a visit from a local elephant wrangler named Suchart who wants to purchase Khorn, but of course Kham refuses the money (did Suchart not know how many asses Kham had to kick to get Khorn back?!), so of course he has to kidnap Khorn, but the reason why isn’t as black and white as believed, as Kham goes after Suchart, and upon breaking into his home Kham finds that Suchart is already dead. Kham gets attacked by his two young daughters who blame him for his death, Ping Ping (Yanin) and Sue Sue (Kittisiriprasert),  and soon Kham finds himself on the run, being chased by his old friend Mark (Wongkamlao), now in Thailand on loan to Interpol, the two daughters, and men hired by gun runner LC (RZA) who have taken Khorn to bring about the assassination of the leaders of East and West Katana, who have gathered in Thailand for peace talks. Kham must evade the police, and find a way for Mark, Sue Sue and Ping Ping to believe in his innocence in time to stop LC and his goons from using a bomb-strapped Khorn to commit an action that will continue a war… 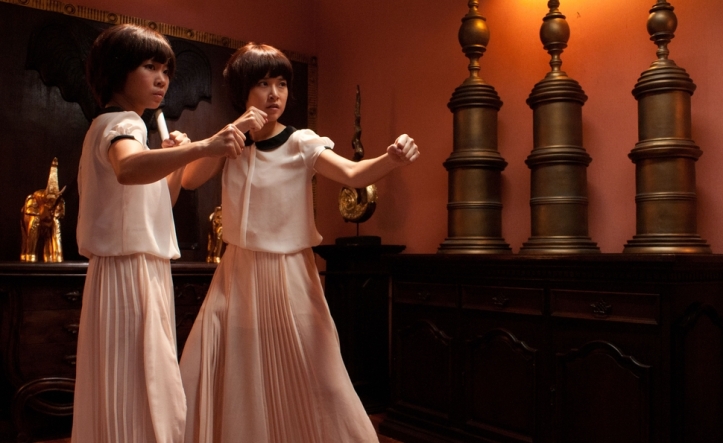 The story here is utterly ridiculous in how Kham gets involved, and the bad guy LC makes strange decisions, and what little there is in a plot is further hampered by characters whose stories ultimately go nowhere. Jaa returns as Kham, and while he still kicks ass, there is something missing in the performance to make me care. It doesn’t get any better with LC, and the fact that the RZA is playing him, and his acting is far worse than Jaa’s, continue to bring the film down. I wish that Jeeja Yanin would be a saving grace, but she’s not in the film enough to be. I have to say that her part is the most disappointing of all. This film should have presented her and Jaa in much the same way that Supercop presented Jackie Chan and Michelle Yeoh, but here Yanin is a young woman whose martial arts skills are muted, and she gets nothing but beaten up the entire film, even by flunkies. Where is the girl from Raging Phoenix and Chocolate?  Yes, she is playing a different character, but using Michelle Yeoh as an example, she brought her history with her to Supercop as a badass, and Chan never had to “save” her (for the most part), but here Yanin needs Jaa to save her at every turn. They are never equals. There are only two actors here worthy of note. Petchai Wongkamlao is great in his return as Sergeant Mark, even if he isn’t as funny as the first film. He brings better acting to every scene he’s in, and he has to, as he has to prop up every scene with Jaa, and is able to do so. The other person I want to mention is Marrese Crump as Number 2. He brings a genuine imposing menace, and in truth he should have played LC.

The fights and stunts here are really disappointing, save for two fights. The stunts are more over the top, but with that brings CGI effects and wirework, two things the first film didn’t have. I have an expectation—and I think many of you do too— of seeing Jaa effects-free, and was disappointed to see this film effects-filled. The motorcycle chase/fights are laughable in their impossibility, and for the first time in a Jaa film I constantly wondered if what I saw was real. Let’s not even get into the fight where he once again sets his feet on fire. Only this time the fire is computer-generated. Even the fight choreography of the late Panna Rittikrai was lacking of originality and energy.

The one lone bright spot is the two fights between Tony Jaa and Marrese Crump. Crump is positioned to be a star here (Okay, Marvel Studios, you have your new Blade! Get on that!) and the fight is great between the two men. Of course, this is nearly wiped out by the finale, which involves Jaa fighting RZA, whom I am sick and tired of seeing playing a martial artist when he isn’t one.

At the start of this review I stated that my worst fear for Tony Jaa came true. That fear was that during his sabbatical from film the world of martial arts film moved on without him. While he was gone The Raid raised the bar and became the new gold standard,  Jackie Chan got some of his mojo back, Scott Adkins continued to kick ass, and Donnie Yen was rocking along as well, and even Jeeja Yanin had some hits.

Can Jaa get his mojo back? I’m not sure. The next few years will tell the tale of whether he’s still the successor to Bruce Lee and Jackie Chan, or if he’s simply a placeholder.

A lackluster sequel with poor storytelling and laughable characters. And far too much CGI for a Tony Jaa movie. So disappointing.