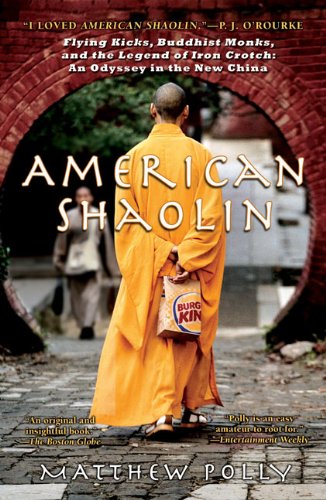 Just some thoughts on the brilliant book by Matthew Polly published in 2007, a story about how the author himself went to study kung-fu at the Shaolin Temple in the early 90’s, and what he learned there about the people, and more importantly, about himself. What most interests me is his look into Chinese society beyond what we see/hear in the news and movies. I chuckled to myself as I read about his first experiences once he arrives at the Temple versus his initial expectations, which were/are exactly the same ones I would’ve had in his stead. Through Matthew’s writings I felt a window open into something I really thought I had a handle on, which was that of Chinese culture. While movies can hint at some things (it might help if I actually watched a few non-martial arts film Chinese movies, for a small, small start) there is far, far more to Chinese culture than what I realized. The social graces were at first alien to me, but as I read the book it began to make sense, and eventually, thanks to Matthew, understood the logic of it all.  The monks he trains with are both touching and funny men that you’ll wished you could meet. Some of the monks he mentions in the book have been the focus of other documentaries since American Shaolin was published, so I urge you to seek them out. 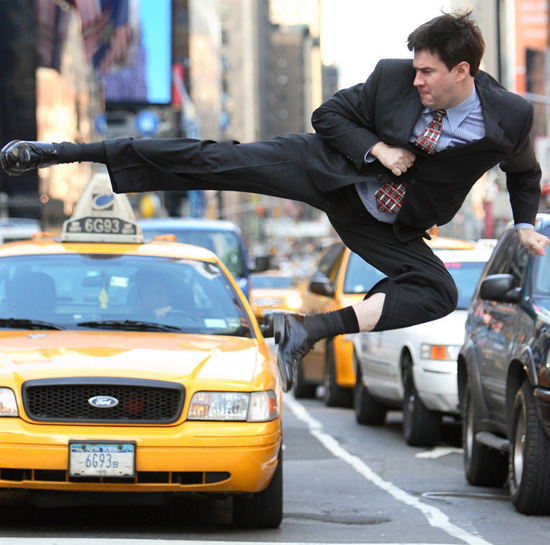 Matthew’s prose is smooth and easy to read (according to him, he had a lot of help with this) and the stories flow from one to the next with ease. He is able to describe people, places, and things vividly, and has an overall entertaining prose. He is really self-effacing, always humorous, and his sense of humor at himself and his situations are communicated loud and clear. I nodded many times through the book, laughing at Matthew even as I could see that yes, I probably would have done or reacted the same way if I had been in those situations. You get a feeling of genuinely getting to know Matthew as the story unfolds. Maybe that feeling is why I’m referring to him by his first name in this review.

Matthew’s personal journey ends with a realization that I myself had discovered not long ago: Regardless of what religion you believe, one thing they all share is that there is and will only ever be one Matthew Polly, in that body. Only one Michael S Moore, in this body. I have to strive to be the best I can be, for there will never be an incarnation of myself in this form ever again, and there will always be a list of things I–we–can improve on. Matthew has written a second book, “Tapped Out” which is a look at the world of MMA. While I’m not really into MMA at all, I may give the book a try, if only to see what’s up with Matthew nowadays, and what trouble he can get himself into/out of now!

As an open comment to Matthew, if you ever find yourself in Austin, Texas let me know. I’ll invite you to hang out with my kung-fu brothers and sisters and have a kick-ass kung-fu movie night! I’ll make sure there are plenty of cans of Coke!

Take thee to Amazon and buy this book posthaste! A great read, and a great look at life in China through the humorous eyes of  Matthew Polly!  You can purchase the book here.