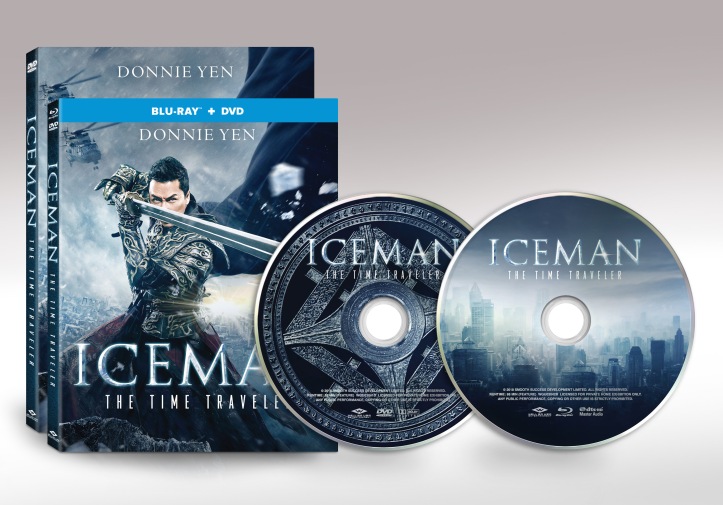 Originally a remake of the Yuen Biao/Yuen Wah film, The Iceman returns in a sequel (I haven’t watched the first film, so I may do a double feature review for both films! ). Add Yasuaki Kurata to this film turns it into a must see for me! Here is the official release info:

Synopsis:
During the Ming Dynasty, a palace guard, Ying (Donnie Yen), is buried and frozen in time by an avalanche during a fierce battle. Brought back to life in the present day, Ying embarks on a quest for the only thing that can correct the wrongs of history – The Golden Wheel of Time. Ying sets out on his dangerous journey, never knowing every step he takes is leading him closer to a deadly trap.

Iceman: The Time Traveller drops onto DVD, Blu-Ray, and Digital on February 19th!