Get over to Amazon and watch Jean-Claude Van Johnson right now! 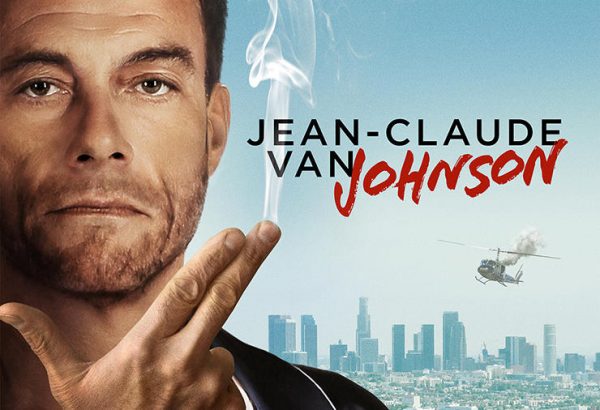 Amazon is currently asking for everyone to vote on 3 pilots that can go to series, and this is one of them! The premise is bonkers: JCVD plays himself, but has a secret identity as an assassin, spy, whatever he needs to be! He’s retired now, but has to get back into the game when his true love (Kat Foster) returns to his life, but he isn’t quite the agent he used to be.

Now that sounds like surefire failure, but folks, this show is pure GOLD. From all of the faucets in his house spouting coconut water to his segway to his JCVD soap and aftershave, and get ready to see the Hard Target Mullett JCVD again! The show allows JCVD to make fun of himself, but still manages to tell and interesting story. And wait until you see how Timecop figures into things, and seeing JCVD starring in an action remake of a classic book…you have to see this for yourself! Not to mention JCVD has to deal with the fight choreography of today’s movies versus his classic films! And yes, I would pay cash money to see Jackie Chan as General Tso riding a CGI Chicken. Watch and you’ll understand. And somehow its awesome to see The Cosby Show’s Phylicia Rashad as JCVD’s handler tossing out curse words right and left! JCVD proves he’s got some real comedy chops, and I hope some of his former co-stars can get into thise series! Bolo Yeung represent! And lord that 80’s music!

I NEED this in my life! Ya’ll need to watch this show and make it happen! Don’t disappoint me. Else I might just find you all and do a patented splits followed by a punch to your groin. Check out the trailer below:

Get thee to Amazon Posthaste!