Wow! We are quickly reaching Kiai-Kick’s five year anniversary! It’s been a crazy ride so far, and I’ve had the pleasure of meeting and getting to know some truly fantastic people, and review some awesome films! So what comes next?

Well, There is my web series Cornered under the Kiai-Kick Films banner. The series is now being editing, with a premiere date sometime in the spring! I hope you all like my little ode to martial arts cops films of the 90’s! I know reviews have been scarce, but that’s due to the web series, and this little fellow who has changed my life for the better: 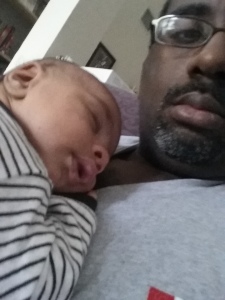 Things are starting to settle down, and so I will be returning to review films as normal in February. I’ll bring back the News and Notes section, which some folks seemed to like, and I think it’s especially needed now with what looks like a record year of martial arts films, both mainstream and independent, on their way!

I’m looking to start doing video reviews of films on occasion, so look out for that! Plus more Q & A’s with so many more folks, and some retrospectives on select martial arts actors and directors, and a review of where they are, and where they can go (or where they went). I’m also open to suggestions if anyone has something they would like for me to try, whether it be a different format, or type of film, etc. I may also do a google hangout if anyone is interested to talk martial arts films, which I NEVER tire of talking about!

(BTW Starting this year I will begin to review Steven Seagal films. I’ve had an issue with the guy that had previously prevented me from reviewing his films, but I’m setting any biases out of the way, so this website will be complete!)

Plus I will film a few micro short martial arts films this year! Maybe…a contest for a small script I will turn into a short, perhaps?

Haa haaa! The possibilities are endless!

The best is yet to come!

I leave you with one of my favorite moments in martial arts cinema history. I dare you not to laugh: