Behind the scenes of this year’s UnLucky Stars! 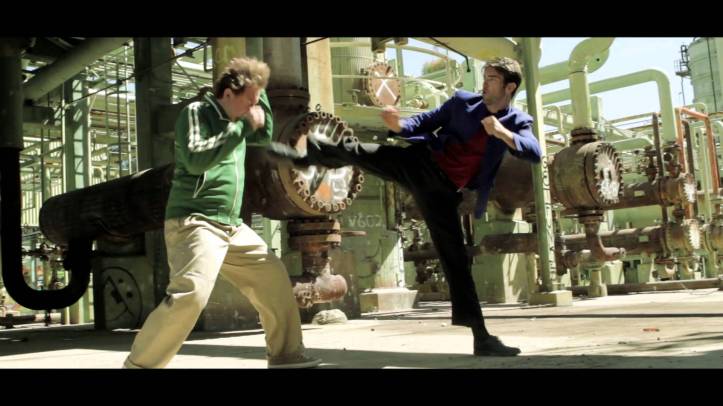 Since this film, an homage to the Jackie Chan/Sammo Hung films of the 80’s, started, I’ve been beating the drums for this film, and will continue to do so. Dennis Ruel, Vlad Rimburg, Emmanuel Manzanares, Edward Kahana Jr. , Jose Montesinos, and so many more have been featured on this website throughout the years, and now their film Unlucky Stars will be out this year! As soon as the festival appearances become known,  I will let YOU know! I’m super excited for these guys and can’t wait to see their film! Check out the Behind the scenes below, and note they use the theme song from Police Story. Believe me, it’s appropriate! Also: the official trailer is coming out soon! I include the teaser below. Hit the comments button and let me know what you think!