Kiai-Kick! Op/Ed: Where Did The Energy Go?

Late 80’s and 90’s Hong Kong Kung-Fu films – that’s where it’s at, for me. The martial arts choreography was innovative, exciting, fast paced, hard hitting, and intense. Even the B-rate movies had decent choreography! I don’t even mind the undercranking technique (speeding up the film ever so slightly and tastefully) used frequently in those times, it actually enhanced the action.

They were constantly pushing the boundaries, and basically trying to “out-stunt” each other.

Today, while Hong Kong’s film industry still thrives, and produces big budget martial arts films, it feels like a lot of that energy and spirit has left them and gone to other countries.

So allow me to give a listing, by country and films, who has inherited this energy:

With Ong Bak 1, 2, and 3, Chocolate, The Protector, and Bangkok Knockout, the Thai film industry are proving themselves as up and coming leaders in the martial arts cinema genre. Tony Jaa has tremendous ability and star power. Panna Rittikrai has proven he knows how to choreograph innovative fight sequences. Prachya Pinkaew has proven his abilities as a director and producer of this genre. It is now up to them to start making strong business decisions to keep climbing up. Their combination of that Hong Kong energy with Muay Thai and Krabi Krabong gave cinematic accessibility to the Thai arts. 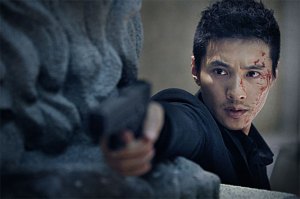 With films such as Fighter in the Wind and The Man from Nowhere, the Korean film industry has proven that it can stage martial arts fight scenes in a compelling way. It will be interesting to see how and what they produce in their action film industry. The combination of that Hong Kong energy with the Korean arts makes it more fluid and dynamic to showcase their arts’ skills.

Director Isaac Flourentine, and martial arts actors Scott Adkins and Michael Jai White have inherited this energy as well, and it is apparent in films like Undisputed 2 and 3, Ninja, and Blood and Bone. Sometimes, they produce hits, and sometimes misses. My personal opinion is that they’ve done enough of the tournament movies. Keep moving forward, and don’t pidgeon-hole yourself. The combination of that Hong Kong energy with American kickboxing, Karate, Jujitsu, and MMA has definitely drawn a line in the sand of how to make western martial artists look explosive.

Perhaps the ongoing success of the films coming from Thailand, Korea, USA, and Indonesia will feed the energy back to Hong Kong. That would be great! But for now, I’m happy to now know who and where to follow for the next over-the-top martial arts film!