RED ALERT! It’s time to call in sick for a week! Twitch has a Shaw Brothers Marathon!

Just read the below. If you come to this site regularly, I don’t need to sell you on this! Maybe ya’ll would like to watch some of this with some commentary…from me?

January 23, 2019 (Los Angeles, CA) – GammaRay and Celestial pictures today announced they will stream a Shaw Brothers movie marathon on Twitch (twitch.tv/gammaray_tv) from February 4 to February 8, 2019. The marathon will include 44 full-length features from the Shaw Brothers’ extensive library of kung fu titles, including iconic films such as King Boxer, Crippled Avengers, and Five Deadly Venoms. This viewing event will be streamed globally and exclusively on Twitch, the leading service and community for multiplayer entertainment, and marks the first time Twitch has featured kung fu films.

After the marathon airs from February 4-8, there will be double feature movie nights on Thursdays and Fridays at 5:00 pm PT for four weeks. The marathon is also the first time GammaRay has hosted full-length features on Twitch.

“We’re excited to introduce cult classic movies from the 70s and 80s to our fans on Twitch for the first time,” said GammaRay COO Do Duong. “Kung fu has influenced filmmaking, hip hop music, and pop culture, so we’re thankful to Celestial Pictures for access to their Shaw Brothers action titles, and to Twitch for using their service to introduce a larger audience to the kung fu phenomenon.”

“The Twitch community has lots of interests, with martial arts and film-based marathons among them,” said Jane Weedon, Director of Business Development at Twitch. “We’ve seen it in the games they play, their cosplay outfits, and the programming they watch, with the Shaw Brothers’ kung fu films being the perfect pop culture combo of these fandoms. Thanks to GammaRay, we get to livestream over 40 of the Shaw Brothers’ seminal movies with an interactive global audience.” 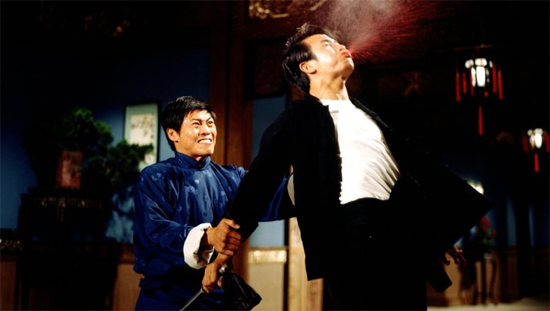 “We’re thrilled to bring the quintessential Shaw Brothers films to a new generation of fans through this collaboration with GammaRay,” said Agnes Cheung, Executive Vice President of Celestial Pictures. “Interactive streaming will open up a new horizon for the passionate fandom of kung fu cinema. The marathon will allow the audience to be immersed without interruption in the everlasting Shaw Brothers magic.”

44 Titles will be featured during the Twitch livestream including the following kung fu classics:

Twitch streamers will also be able to co-stream the marathon. Co-streaming is a feature unique to Twitch which allows a streamer to share another channel’s video feed, but with their own commentary and community. The result is a more personalized, social experience.

For more information including the full marathon schedule and movie times, visit GammaRay’s Twitch channel page and follow them on Twitter