An Open Letter to Roger Ebert 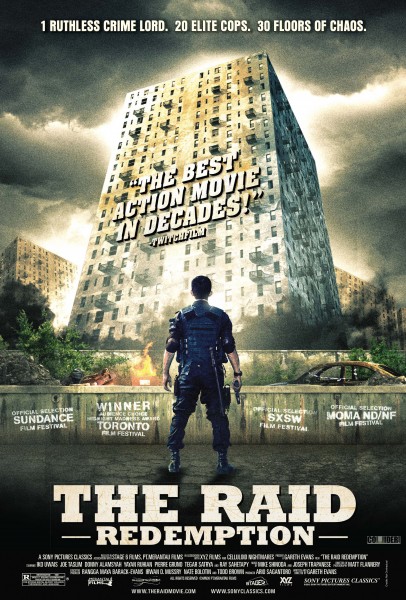 (No real spoilers, but for those who haven’t seen it you may want to wait until afterward to read this)

I loved The Raid. Yep, loved it to death. I gave it a 10/10 in my review grade, and I’ll stand by that grade, as I do all others. I know I’m not alone, but there is a contingent of folks, few though they are, who didn’t like the film. Roger Ebert didn’t care much for it, and said so, and then further defended his one star review on his website. I have no issue with anyone who didn’t like the film. Everyone is entitled to his or her opinion, and that’s fine. He had some good points as to why he didn’t care for it himself. What I take offense to is that his review and defense of it afterward felt like–and I could just be overly sensitive– it was hurling insults at those who did, and that’s wrong.

A martial arts film is like ice cream. There are hundreds of flavors, some appeal better than others, but each has their value. You have your flowery films, like in Yuen Woo Ping’s fight choreography in Crouching Tiger, Hidden Dragon, or The House of Flying Daggers, or you can have comedy kung-fu, like Drunken Master or Rumble in the Bronx, pioneered by Jackie Chan. Then there are the bone-crunching films as done by Jet Li, Bruce Lee, Donnie Yen, Michael Jai White, Scott Adkins, Tony Jaa, Steven Seagal and yes, Iko Uwais. They range from period epics to fantasy, science fiction, and contemporary action. What they–and The Raid–aren’t is “violence porn”. No one is getting off on watching someone getting killed brutally or otherwise. Fans of martial arts films love the fight choreography and the performers involved.

If I want a Merchant/Ivory film where everyone sits around all day talking about their feelings over a cup of tea, then I’ll go watch Howards End. If I want to see what imaginative fights Panna Rittikrai, Yuen Woo Ping, Larnell Stovall or Yayan Ruhian have come up with this time then that’s what I go to see these films for, the same as those who go to musicals. What ultimately makes a musical good or not will be how good the music and dance numbers are. In much the same way, Martial arts films are decided by how good the fight choreography is. If the acting is good, that’s a bonus. It should at least be passable, and the martial artist some onscreen presence. If the story is great, once again that’s a nice bonus, but it does need to be decent. Jackie Chan’s films mostly sit on paper-thin stories that are built around whatever stunts he want to do for that film; this is fine because that’s why we go to see his films. The Raid is brutal. Yes, but so is Silat, the fighting style Iko Uwais and Yayan Ruhian use. It’s not nice, nor should it be portrayed as such onscreen. Anything less would dishonor the style they’ve spent a good portion of their lives studying. 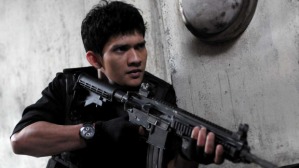 One of my real issues comes from Roger Ebert’s review and then his defense of that review, especially one statement:

“There’s obviously an audience for the film, probably a large one. They are content, even eager, to sit in a theater and watch one action figure after another pound and blast one another to death. They require no dialogue, no plot, no characters, no humanity. Have you noticed how cats and dogs will look at a TV screen on which there are things jumping around? It is to that level of the brain’s reptilian complex that the film appeals.”
Where to start.

It’s true that not much is said. What needs to be in their situation? Is the hero required to provide a dissertation on his life? Actually Roger’s assertion is only partially correct. There is a lot being said, but it’s being said with their expressions and glances. Due to their situation they don’t have the time for long drawn out conversations. In fact talking would probably alert the bad guys to where they are at, and that wouldn’t be a good thing.

Yes, there is a plot. It doesn’t have to be complex to define it as having one. Not that Roger got that right, either:

“The Raid: Redemption’ is essentially a visualized video game that spares the audience the inconvenience of playing it. There are two teams, the police SWAT team and the gangsters. The gangsters have their headquarters on the top floor of a 15-story building, where they can spy on every room and corridor with video surveillance. The SWAT team enters on the ground floor. Its assignment: Fight its way to the top, floor by floor.”

Their assignment was to go in and capture Tama. They didn’t WANT to fight floor by floor, and this is reflected by how they entered the building, which was quietly. The point is during the raid things go wrong, and Tama is notified. The police try to escape by going down, but they are cut off, and they understand that only by getting Tama can they get out alive, but that in itself would be suicidal. So there is a plot.

Rama seems to be a good character, and while true, you don’t get to learn a lot about him, but you know enough, and what about Mad Dog? He was a fun character, and turns out to be most people’s favorites. He was an unrelenting villain, who enjoys the fighting to a maniacal degree. Andi, another one of Tama’s lieutenants, is also a pretty good character because he’s got his own motivations that may place him at odds with Tama’s plans. Then there is Jaka, the SWAT team leader, a brave and loyal man who is placed into a difficult situation under fire, and is determined to get his men out alive.

Once again, completely not true. What about the tenant in room 766, who protects the police at his–and his wife’s–peril? The SWAT unit is placed into a bad situation, once in which killing–or incapacitating– as quickly as possible is the only means to survive, and that is what the film is about–survival. If you note Rama leaves quite a few people alive, and in fact he actually leaves more bad guys alive than he kills, even though he leaves them really, really hurt.

Folks who love martial arts films love them for many reasons. Yes, we still appreciate films that have a human dimension, meaning and morality. If I want a martial arts film with that kind of story, I always have them to lean on. I consider myself to be an intelligent man, and I’ve reviewed dozens of martial arts films, and will review hundreds more.

I loved The Raid.

It doesn’t make me a simple-minded or morally bankrupt person because I do.